I know implementing the automation pyramid is hard,

And to a large extend, is not a problem with just testing practices either..

Back end services are not designed for anyone other than the developer to consume..

Easier said than done, but until you don’t have that, testing isn’t going anywhere.

Do NOT Automate regression 100%

Automation regression percentage – The metric I hate the most..

Many times the only use of this metric is to provide false assurance that we are efficient in testing.

And the ultimate goal soon becomes to automate regression 100%, which is a bad idea,

And automating just UI tests makes it even worse.

Data quality is one of the biggest problems with data science projects,

I’ll be talking about these at the #AutomationGuild, here’s a quick list:

– Accuracy. Is the data accurate in the context to be used

– Completeness. No parts of data are truncated / missing

– Timeliness. Data being collected at the right time & processed in a timely fashion (efficient enough)

More on the conference here:

For large enterprises with many interconnected applications, generating test data can be a challenge.

Even more so for big data projects, which is where masking comes in..

Take a copy of production DB from different products around the same timeline and mask the data for GDPR compliance.

Surely easier said than done, but can be very effective.

1. A quick guideline to identify what data will be classified as ‘sensitive’ and ensure it’s GDPR compliant.

2. A masking platform which masks value the same way across, helping with consistent data

3. Creation and usage of test environments is efficient and fit for purpose

One of the main reasons for flakiness in automation is test data.

Therefore use mocks to run scripts executing in the CI pipeline.

For most folks, automation scripts are executed only in nightly runs with data created on the fly.

And unfortunately these tests are mostly UI tests, another blunder.

I gave a talk yesterday in which I said – 50% of your automation scripts should run in the CI pipeline triggered on each pull request.

And all these tests should use mocks instead of real data from downstream systems / components.

(I hope it’s needless these tests are on the services / API layer..)

So don’t forget your mocks when automating.

How to become a well paid tester?

How to become a ‘well paid’ tester?

Details of each in the linked article

The Next Generation Tester Skill Set

DevOps sounds sexy, but it’s not a piece of cake.

And certainly is not just about Jenkins..

It’s foremost a mind set to deliver at speed and ONLY WHAT’S VALUABLE.

This prioritization of what’s valuable is so under-rated, and one of the biggest cause of failure.

Working on anything that’s not priority is ‘waste’, and waste is what kills it all.

I talk about this briefly in the linked article

Picture – Slide from @Jez Humble workshop showing the ‘cost of delay’ of different features in a specific case study.  (It’s it ridiculous how much we would waste trying to implement all features there!) 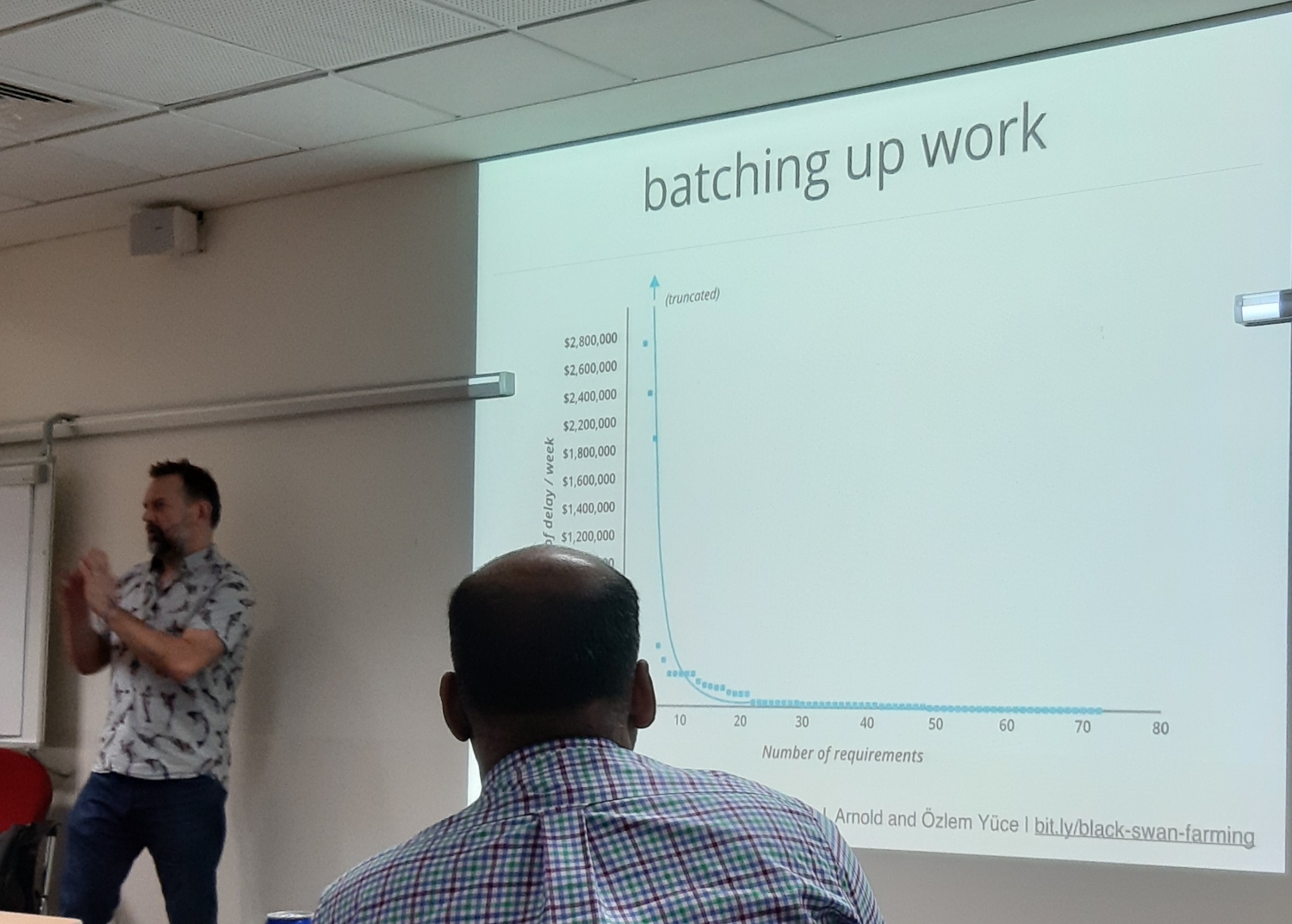 I’ve been reading about psychological safety for while, particularly, how you implement it in a team.

Imagine my luck, had the opportunity to ask that question from @Jez Humber in a workshop..

What I understood mainly was: The leader’s behavior builds or destroys it.

If the leader punishes people for failing or calling out what they feel is wrong, then no matter what, the culture goes down the drain

As an example, he talked about Etsy where a person on the team broke production deployment while following the process, the person was given an ‘award’ for highlighting the problem instead of being penalized.

If you want your team to perform, build psychological safety.

To build that, the leaders must be seen as supportive to failures, whistleblowers, people who highlight problems instead of shooting the messenger.

I very much dislike automation trainings starting with teaching Selenium,

For starters that’s the wrong place to do automation. One should focus more on API tests and do a handful UI checks.

Secondly, automation is a means to an end, not an exercise for the heck of it. Therefore talk about why to automate.

Thirdly, in some cases folks learning automation don’t really learn how to test well either. If your testing is bad, your automation is just going to amplfy that bad.

Lastly, without knowing how the underlying architecture of the product works, IMHO one cannot truly learn how to test well.

So next time you plan an automation training, make sure you get the fundamentals right first.

Anyone who has written automation scripts has faced flakiness, and we all hate it to our bone.

But everyone defines a flaky test a bit differently..

For me, a flaky test definition could be “a test running multiple times under the same conditions gives different results”

How would you define flakiness?